I have been tracking Irene since she was a tropical storm on Monday for no good reason besides the availability of this Hurricane Tracker from Weather.com – they even have a historical one that dates all the way back to the 1850s!

It’s amazing to see the lack of hurricane experience up here in #NYC, but then again it’s like #Houston and snow. Read: http://bit.ly/qdf4tt [twitter] 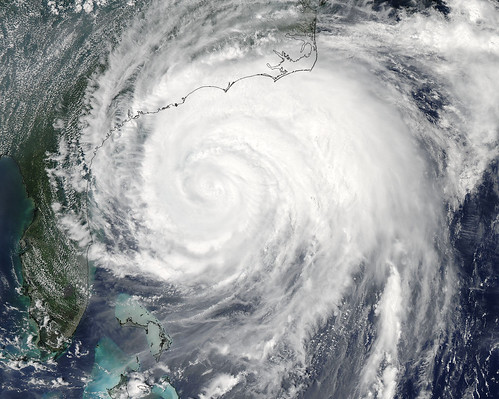 I dropped by the Food Emporium nearby and found people buying eggs, milk, meats, fish and tons of other perishable foods. I’m not sure if they have generators at their place or plan on building a fire, but if the power goes out they’re screwed. I’m on the Upper East Side and they probably have gas lines in their place, but what about the fridge? Oh well. Maybe they’ll learn their lesson.

I Should be Just Fine

I’m where the cross hairs meet, so I’ll be just fine. I also happen to be right next to an Evacuation center – Hunter College.

I’m taking advantage of this to try out cold-brew coffee, which should actually be called room-temperature-brew coffee. I initially imagined the same thing, but in the fridge and thought – DAMN, that’s going to take a long time. If power goes out (I really hope it doesn’t!), I’ll resort to an origami my brother and have had since 1994 or maybe even take my camera out for walk. Either way, I’ll read continue reading Hunger Games.